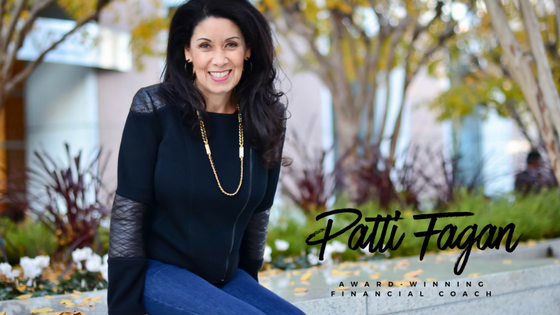 A successful single woman in her 40’s came to me for money coaching (we’ll call her Hillary) because she was concerned about her spending, and not being able to save any money. This was a pattern she saw in her parents, now in their seventies, who from time to time, had to borrow money from her in order to pay their rent. She wanted to be a better money manager, so she didn’t end up like her parents.

Even though she was making over six-figures and had very little debt, she couldn’t figure out where all her money was going.

One of the first modules of her coaching program with me was designed to help her see where all her money was going. But even though she couldn’t stand the idea of her money disappearing every month, she resisted doing a certain exercise in the budgeting section of her program. This kept us from moving on to the next step, which was to determine exactly where her money was going.

After one session of deep money coaching, she had a major breakthrough, which allowed her to move through the resistance with grace and ease.

She actually got excited about doing her budget.

I was able to help her uncover a hidden money trap, which resulted in finding an extra fifteen hundred dollars in her monthly budget that she didn’t realize she had. That money had simply been vanishing each and every month because of how she was managing her money and paying for expenditures.

Next, we created a more effective way for her to manage her money inflow and outflow that worked beautifully with her lifestyle. Now she’s able to put on average seven hundred dollars into savings for retirement each month. Woohooo!!!

She no longer feels fearful about retirement because now she has a plan for her money.

She no longer feels fearful about retirement because now she has a plan for her money.PattiFaganCoaching.com

But we couldn’t get to that end result until she moved through the initial resistance that came up for her.

Whenever you’re feeling stuck around money, there’s usually a good reason. You’re experiencing resistance. The emotion behind resistance is usually fear. When it comes to personal finance this is quite common for women.

Resistance is actually a good thing.

It means you’re taking action on something that is good for you, but at the same time it scares you.

When resistance rears its ugly head, the most powerful thing you can do for yourself is to feel the fear and do it anyway.

Do you feel like you’ve been resisting your finances even though you know you need to take action?

If so, don’t beat yourself up.

Be gentle with yourself. Feel the fear and do it anyway.

Hello, I’m Patti Fagan. Women’s financial empowerment is my passion! I am an award-winning money coach and Ramsey Solutions Master Financial Coach, dedicated to helping women transform their money relationship so they can experience financial peace of mind, and enjoy life knowing they’ll always have the money they need to take care of themselves and their loved ones. 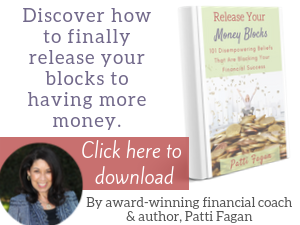 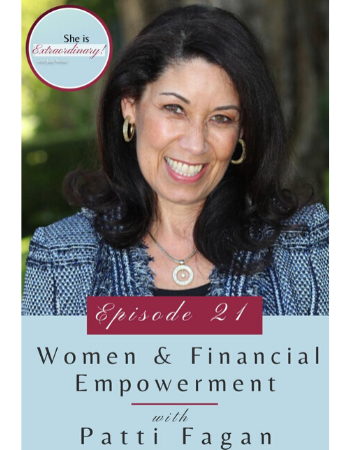